Book Description
While he was working to complete the Allmannajuvet Zinc Mine Museum in southern Norway in 2016, Swiss architect Peter Zumthor asked Norwegian architectural historian Mari Lending to engage in a dialogue about the project. In meandering, impressionistic style, and drawing on their favorite writers, such as Johann Peter Hebel, Stendhal, Nabokov, and T. S. Eliot, their exchanges explore how history, time, and temporalities reverberate across Zumthor's oeuvre. Looking back, Zumthor ponders on how a feeling of history has informed his attempts at emotional reconstruction by means of building, from architectural interventions in dramatic landscapes to his design for the redevelopment of the Los Angeles County Museum of Art, which conceived the building on a suitably grand urban scale. This small, beautifully designed book records the conversation between Zumthor and Lending, accompanied by photographs taken by the renowned Swiss architectural photographer H�l�ne Binet. The resulting book is a surprisingly revelatory view of one of the most interesting and restlessly creative architects of our era. 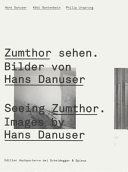 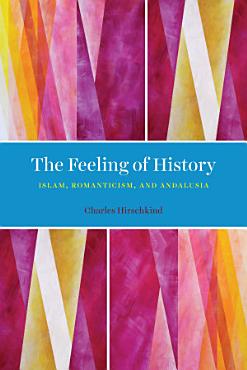 Book Description
In today’s world, the lines between Europe and the Middle East, between Christian Europeans and Muslim immigrants in their midst, seem to be hardening. Alarmist editorials compare the arrival of Muslim refugees with the “Muslim conquest of 711,” warning that Europe will be called on to defend its borders. Violence and paranoia are alive and well in Fortress Europe. Against this xenophobic tendency, The Feeling of History examines the idea of Andalucismo—a modern tradition founded on the principle that contemporary Andalusia is connected in vitally important ways with medieval Islamic Iberia. Charles Hirschkind explores the works and lives of writers, thinkers, poets, artists, and activists, and he shows how, taken together, they constitute an Andalusian sensorium. Hirschkind also carefully traces the various itineraries of Andalucismo, from colonial and anticolonial efforts to contemporary movements supporting immigrant rights. The Feeling of History offers a nuanced view into the way people experience their own past, while also bearing witness to a philosophy of engaging the Middle East that experiments with alternative futures. 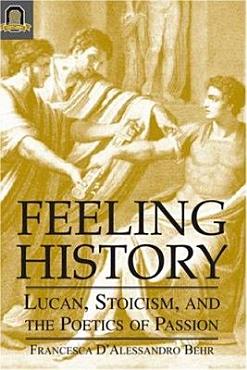 Book Description
Feeling History is a study of apostrophe (i.e., the rhetorical device in which the narrator talks directly to his characters) in Lucan's Bellum Civile. Through the narrator's direct addresses, irony, and grotesque imagery, Lucan appears not as a nihilist, but as a character deeply concerned about ethics. The purpose of this book is to demonstrate how Lucan's style represents a criticism of the Roman approach to history, epic, ethics, and aesthetics. The book's chief interest lies in the ethical and moral stance that the poet-narrator takes toward his characters and his audience. To this end, Francesca D'Alessandro Behr studies the ways in which the narrator communicates ethical and moral judgments. Lucan's retelling of this central historical epic triggers in the mind of the reader questions about the validity of the Roman imperial project as a whole. An analysis of selected apostrophes from the Bellum Civile allows us to confront issues that are behind Lucan's disquieting imagery: how can we square the poet's Stoic perspectives with his poetically conveyed emotional urgency? Lucan's approach seems inspired by Aristotle, especially his Poetics, as much as by Stoic philosophy. In Lucan's aesthetic project, participation and alienation work as phases through which the narrator leads the reader to a desired understanding of his work of art. At the same time, the reader is confronted with the ends and limits of the aesthetic enterprise in general. Lucan's long-acknowledged political engagement must therefore be connected to his philosophical and aesthetic stance. In the same way that Lucan is unable to break free from the Virgilian model, neither can he develop a defense of morality outside of the Stoic mold. His philosophy is not a crystal ball to read the future or a numbing drug imposing acceptance. The philosophical vision that Lucan finds intellectually and aesthetically compelling does not insulate his characters (and readers) from suffering, nor does it excuse them from wrongdoing. Rather, it obligates them to confront the responsibilities and limits of acting morally in a chaotic world. 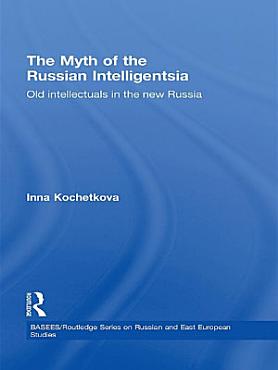 Book Description
Examines the phenomenon of the Russian intelligentsia. This book focuses on one of the most important and influential groups of Russian intellectuals - the 1960s generation or 'Sixtiers' - who devoted their lives to defending 'socialism with a human face', authored "Perestroika", and were subsequently demonized when the reforms failed. 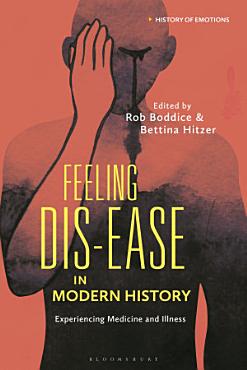 Book Description
This book explores experiences of illness, broadly construed. It encompasses the emotional and sensory disruptions that attend disease, injury, mental illness or trauma, and gives an account of how medical practitioners, experts, lay authorities and the public have felt about such disruptions. Considering all sides of the medical encounter and highlighting the intersection of intellectual history and medical knowledge, of institutional atmospheres, built environments and technological practicalities, and of emotional and sensory experience, Feeling Dis-ease in Modern History presents a wide-ranging affective account of feeling well and of feeling ill. Especially occupied with the ways in which dynamics of power and authority have either validated or discounted dis-eased feelings, the book's contributors probe at the intersectional politics of medical expertise and patient experience to better understand situated expressions of illness, their reception, and their social, cultural and moral valuation. Drawing on methodologies from the histories of emotions, senses, science and the medical humanities, this book gives an account of the complexity of undergoing illness: of feeling dis-ease. 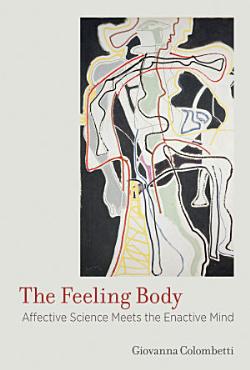 Book Description
A proposal that extends the enactive approach developed in cognitive science and philosophy of mind to issues in affective science. In The Feeling Body, Giovanna Colombetti takes ideas from the enactive approach developed over the last twenty years in cognitive science and philosophy of mind and applies them for the first time to affective science—the study of emotions, moods, and feelings. She argues that enactivism entails a view of cognition as not just embodied but also intrinsically affective, and she elaborates on the implications of this claim for the study of emotion in psychology and neuroscience. In the course of her discussion, Colombetti focuses on long-debated issues in affective science, including the notion of basic emotions, the nature of appraisal and its relationship to bodily arousal, the place of bodily feelings in emotion experience, the neurophysiological study of emotion experience, and the bodily nature of our encounters with others. Drawing on enactivist tools such as dynamical systems theory, the notion of the lived body, neurophenomenology, and phenomenological accounts of empathy, Colombetti advances a novel approach to these traditional issues that does justice to their complexity. Doing so, she also expands the enactive approach into a further domain of inquiry, one that has more generally been neglected by the embodied-embedded approach in the philosophy of cognitive science. 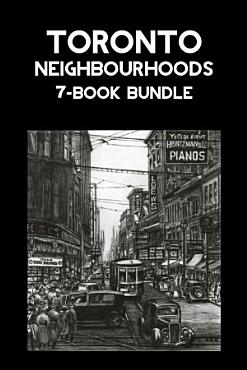 Book Description
The Toronto Neighbourhoods bundle presents a collection of titles that provide fascinating insight into the history and development of Canada’s largest and most diverse city. Beginning with histories of Canada’s longest street and the early days of what was once called York (The Yonge Street Story, 1793-1860; A City in the Making; Opportunity Road), the titles in the bundle go on to examine the development of particular unique neighbourhoods that help give the city its character (Willowdale, Leaside). Finally, Mark Osbaldeston’s acclaimed, award-winning Unbuilt Toronto and Unbuilt Toronto 2 go beyond history and into the arena of speculation as the author details ambitious and possibly city-changing plans that never came to fruition. For lovers of Toronto, this collection is a bonanza of insights and facts. Includes A City in the Making Leaside Opportunity Road Unbuilt Toronto Unbuilt Toronto 2 Willowdale The Yonge Street Story, 1793-1860 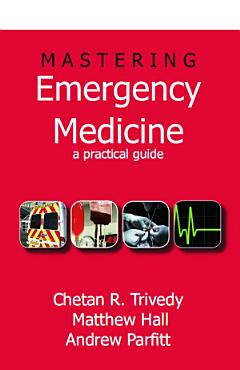 Book Description
Mastering Emergency Medicine is a concise, revision-focused textbook that covers everything that candidates need to know in order to pass the College of Emergency Medicine's (CEM) membership examination (MCEM) to enter training, and to the pass fellowship examination (FCEM) to complete the Certificate of Specialist Training. With over 100 OSCE scenarios designed to stimulate everyday emergency department clinical encounters, Mastering Emergency Medicine covers all the key areas of the CEM syllabus, including: clinical examinations and practical skills, communication skills, teaching and management. This book takes a practical approach to the subject - core facts are presented and common scenarios are explored using an OSCE style, as used in the Part C MCEM and the FCEM examinations - which makes it an invaluable blueprint for management of cases. Closely linked to the current CEM syllabus, each chapter comprises three parts: Core topics that supplement revision for Part A and B. Clinical scenarios, including data and relevant practical skills that can be used to prepare for Parts B and C. Mock 'Scoring Scenarios' that give specific guidance on how to perform in OSCEs. Mastering Emergency Medicine is a highly detailed revision guide for the OSCE examinations and an essential study guide for all those who are preparing for the MCEM or FCEM examinations. It will also be useful to those who are wishing to pursue a career in Acute Medicine. 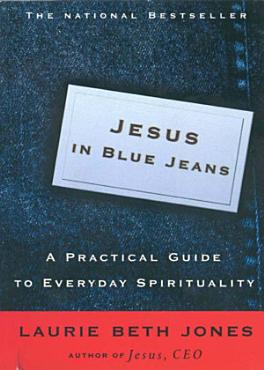 Book Description
The sequel to the hugely successful Jesus, CEO and The Path, this book illuminates examples from the scriptures to demonstrate how Jesus can serve as a model for daily life. 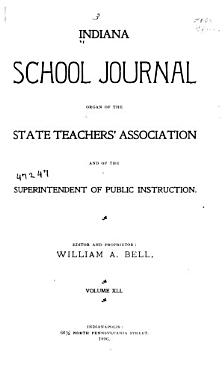 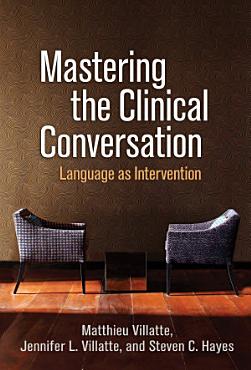 Book Description
This compelling book provides psychotherapists with evidence-based strategies for harnessing the power of language to free clients from life-constricting patterns and promote psychological flourishing. Grounded in relational frame theory (RFT), the volume shares innovative ways to enhance assessment and intervention using specific kinds of clinical conversations. Techniques are demonstrated for activating and shaping behavior change, building a flexible sense of self, fostering meaning and motivation, creating powerful experiential metaphors, and strengthening the therapeutic relationship. User-friendly features include more than 80 clinical vignettes with commentary by the authors, plus a "Quick Guide to Using RFT in Psychotherapy" filled with sample phrases and questions to ask. 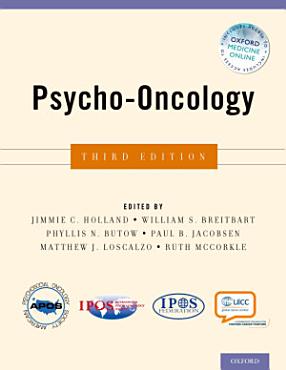 Book Description
Originally published by Oxford in 1998, Psycho-Oncology was the first comprehensive text in the field and remains the gold standard today. Edited by a team of leading experts in psycho-oncology, spearheaded by Dr. Jimmie C. Holland, the founder of the field, the text reflects the interdisciplinary nature and global reach of this growing field. Thoroughly updated and developed in collaboration with the American Psychosocial Society and the International Psycho-oncology Society, the third edition is a current, comprehensive reference for psychiatrists, psychologists, oncologists, hospice workers, and social workers seeking to understand and manage the psychological issues involved in the care of persons with cancer and the psychological, social, and behavioral factors that contribute to cancer risk and survival. New to this edition are chapters on gender-based and geriatric issues and expanded coverage of underserved populations, community based programs, and caregiver training and education. 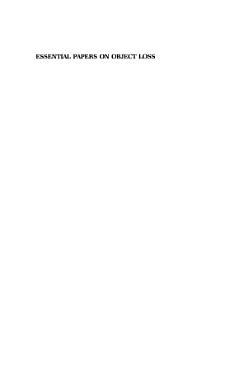 Book Description
A collection of the most significant contributions to psychoanalytic and psychological understanding of the effect of object loss on adults and children. Annotation copyright by Book News, Inc., Portland, OR 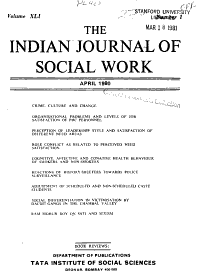 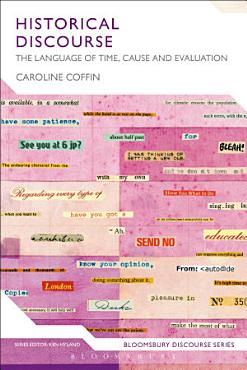 Book Description
Historical Discourse analyses the importance of the language of time, cause and evaluation in both texts which students at secondary school are required to read, and their own writing for assessment. In contrast to studies which have denied that history has a specialised language, Caroline Coffin demonstrates through a detailed study of historical texts, that writing about the past requires different genres, lexical and grammatical structures. In this analysis, language emerges as a powerful tool for making meaning in historical writing. Presupposing no prior knowledge of systemic functional linguistics, this insightful book will be of interest to researchers in applied linguistics and discourse analysis, as well as history educators.