Book Description
Aang, the much-loved hero of Nickelodeon’s hit animated series Avatar: The Last Airbender, takes readers on an exciting and interactive journey through his thrilling world. Earth. Air. Fire. Water. These are the four nations that lived in harmony until the Fire Nation attacked. For the next hundred years, war raged across the globe. It was believed that all inhabitants from the Air Nation had perished. Then, a girl and her brother discovered a twelve-year-old boy frozen in an iceberg. His name: Aang. He is the Avatar, the master of all four elements. Together Aang and his friends went on to save the world! Now a man, Aang looks back on these adventurous years—from being found in the ice to fighting epic battles to negotiating peace. This is Aang’s story, his mementos, and keepsakes. Avatar: The Last Airbender: Legacy is the collection that Aang passes down to his son Tenzin, who will one day be a master Airbender, too. Readers will relish Aang’s heroic tales and the posters, clippings, cards, and maps he gathered along the way! About the Insight Legends series Insight Legends is a collectible pop culture library featuring books that take an in-depth look at iconic characters and other elements from the worlds of comics, movies, television, and video games. Packed with amazing removable items that give the books an immersive, interactive feel, the series delivers unparalleled insight into the best-loved heroes and villains in modern fiction and the worlds they inhabit 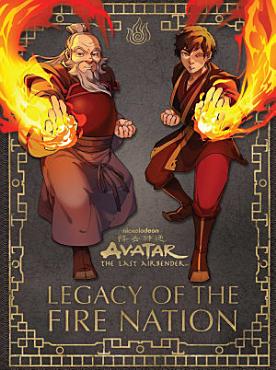 Book Description
In this new scrapbook Avatar: The Last Airbender’s beloved character Uncle Iroh shares his memories and mementos with Prince Zuko. In Avatar: The Last Airbender: Legacy of the Fire Nation, discover long-kept secrets carried by Uncle Iroh as he records his stories for Prince Zuko. Read letters from family, friends, and more in this special collection of mementos and keepsakes. Iroh has held many roles in his long life, including crown prince of the Fire Nation, mentor to Prince Zuko, and ally of Avatar Aang. In the peace following the end of the Hundred Year War, Iroh has compiled many thoughts, memories, artifacts, and stories from his long life to share with Prince Zuko. Filled with amazing removable mementos from Iroh, Avatar: The Last Airbender: Legacy of the Fire Nation presents an exclusive look into one of the series’ most-loved characters. 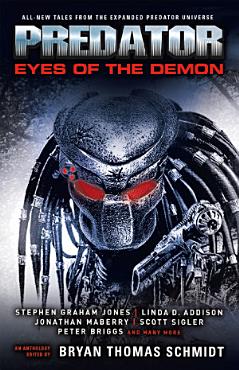 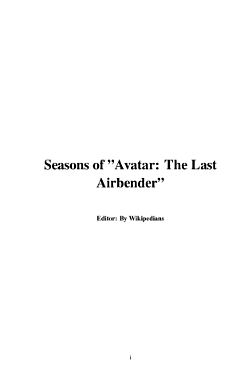 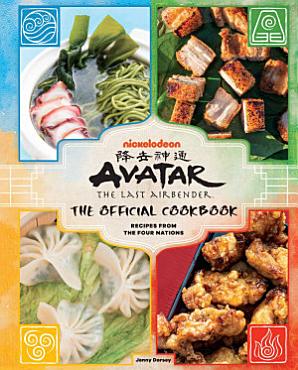 Book Description
Feast on delicacies unique to the Earth Kingdom, Water Tribe, Air Nomads, and the Fire Nation with the Avatar: The Last Airbender: The Official Cookbook. From the shores of Kyoshi Island to the crowded streets of Ba Sing Se, this official cookbook collects signature dishes from all four nations, like vegetarian plates of the Air Nomads, fiery entrees from the Fire Nation, seafood from the North and South Poles, and delectable cuisine from the Earth Kingdom. Featuring enticing color photography, step-by-step instructions, and tips for adapting dishes to specific diets, this book includes sixty authentic food and beverage recipes inspired by the beloved series. Enjoy this diverse compendium of delicacies from the world of Avatar: The Last Airbender. 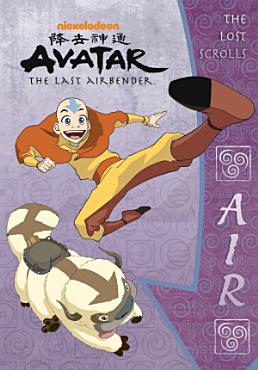 Book Description
Aang revisits his former monastery, Katara learns the truth about Aang's mysterious past, and Sokka reveals how he saved the Northern Air Temple from the Fire Nation. The scroll also contains information about Airbending moves, Air temples and monks, the Avatar Cycle, and much more. 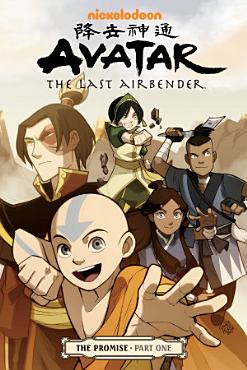 Book Description
The wait is over! Ever since the conclusion of Avatar: The Last Airbender, its millions of fans have been hungry for more—and it's finally here! This series of digests rejoins Aang and friends for exciting new adventures, beginning with a faceoff against the Fire Nation that threatens to throw the world into another war, testing all of Aang's powers and ingenuity! * The continuation of Airbender and the link to its upcoming sequel, Legend of Korra! * Written by Gene Luen Yang, author of the National Book Award-nominated American Born Chinese. 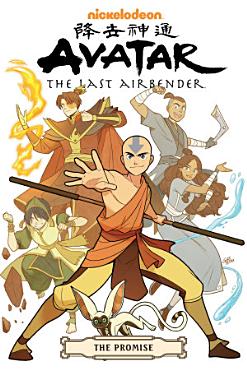 Book Description
Aang and friends must join together once again as the four nations' tenuous peace is threatened by an impasse between Fire Lord Zuko and Earth King Kuei! As the world heads toward another devastating war, Aang's friendship with Zuko throws him into the middle of the conflict! Available for the first time in omnibus format, this volume collects parts 1-3 of Avatar: The Last Airbender - The Promise. This is the official continuation of the hit Nickelodeon(TM) series! 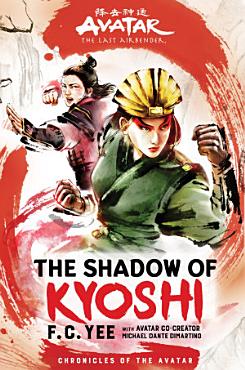 Book Description
The epic, can’t-miss follow-up to the instant New York Times bestselling Avatar, The Last Airbender: The Rise of Kyoshi—now in paperback! Kyoshi’s place as the true Avatar has finally been cemented—but at a heavy cost. With her mentors gone, Kyoshi struggles to keep the peace in a world full of corruption and violence. But while her reputation grows, a mysterious threat emerges from the Spirit World. Kyoshi’s travels take her to the Fire Nation, where she reunites with Rangi and becomes the Fire Lord’s guest of honor for an important cultural holiday. But underneath the celebration lies a dangerous game of court politics—and when the palace itself is attacked, she, Rangi, and their allies must deliver justice before the Fire Nation is consumed by strife. This thrilling follow-up to the New York Times bestselling Avatar, The Last Airbender: The Rise of Kyoshi continues Kyoshi’s journey from a girl of humble origins to the merciless pursuer of justice still feared and admired centuries after becoming the Avatar.

Book Description
Celebrate the adventures of Team Avatar from the hit animated Nickelodeon series Avatar: The Last Airbender with this beautifully designed hardcover journal. With beloved characters, heartfelt storytelling, and stunning animation, Nickelodeon’s landmark series Avatar: The Last Airbender chronicles Avatar Aang’s journey to master the four elements and save the world from the threat of the Fire Nation. Featuring Aang, Katara, and Sokka as well as iconic art from the series, this deluxe journal lies flat when open and includes 192 ruled pages, a ribbon placeholder, an elastic band, and a back pocket for storing keepsakes and mementos. 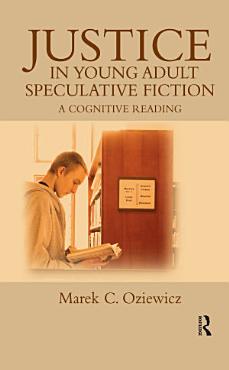 Book Description
This book is the first to offer a justice-focused cognitive reading of modern YA speculative fiction in its narrative and filmic forms. It links the expansion of YA speculative fiction in the 20th century with the emergence of human and civil rights movements, with the communitarian revolution in conceptualizations of justice, and with spectacular advances in cognitive sciences as applied to the examination of narrative fiction. Oziewicz argues that complex ideas such as justice are processed by the human mind as cognitive scripts; that scripts, when narrated, take the form of multiply indexable stories; and that YA speculative fiction is currently the largest conceptual testing ground in the forging of justice consciousness for the 21st century world. Drawing on recent research in the cognitive and evolutionary sciences, Oziewicz explains how poetic, retributive, restorative, environmental, social, and global types of justice have been represented in narrative fiction, from 19th century folk and fairy tales through 21st century fantasy, dystopia, and science fiction. Suggesting that the appeal of these and other nonmimetic genres is largely predicated on the dream of justice, Oziewicz theorizes new justice scripts as conceptual tools essential to help humanity survive the qualitative leap toward an environmentally conscious, culturally diversified global world. This book is an important contribution to studies of children’s and YA speculative fiction, adding a new perspective to discussions about the educational as well as social potential of nonmimetic genres. It demonstrates that the justice imperative is very much alive in YA speculative fiction, creating new visions of justice relevant to contemporary challenges. 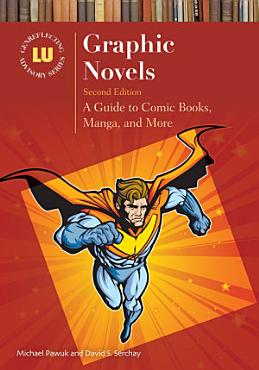 Book Description
Covering genres from action/adventure and fantasy to horror, science fiction, and superheroes, this guide maps the vast and expanding terrain of graphic novels, describing and organizing titles as well as providing information that will help librarians to build and balance their graphic novel collections and direct patrons to read-alikes. • Introduces users to approximately 1,000 currently popular graphic novels and manga • Organizes titles by genre, subgenre, and theme to facilitate finding read-alikes • Helps librarians build and balance their graphic novel collections 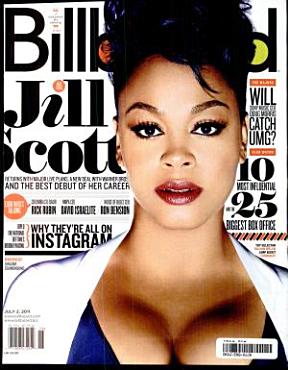 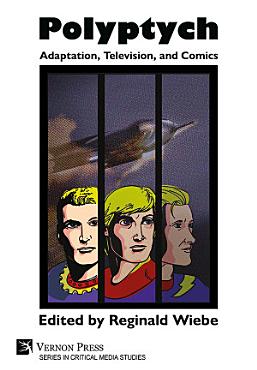 Book Description
Through each of its chapters, 'Polyptych: Adaptation, Television, and Comics' examines the complex dynamics of adapting serialized texts. The transmedial adaptation of collaborative and unstable texts does not lend itself to the same strategies as other, more static adaptations such as novels or plays. Building off the foundational work of Linda Hutcheon and Gérard Genette, Polyptych considers the analogy of adaptation as a palimpsest—a manuscript page that has been reused, leaving traces of the previous work behind—as needing to be reevaluated. A polyptych is a multi-panel artwork and provides a new model for analyzing how adaptation works when translating collaborative and unstable texts. Given that most television and comic books are episodic and serialized, and considering that both media are also the cumulative work of many artists, this book offers a series of distanced readings to reassess how adaptation works in this field. Comic book adaptations on television are plentiful and are nearly completely ignored in critical discussions of adaptation. This collection focuses on texts that fall outside the most common subjects of study among the corpus and contributes to expanding the field of inquiry. The book features texts that are subjects of previous academic interest, as well as studies of texts that have never before been critically considered. It also includes an appendix that provides the first list of comic book adaptations on North American television. 'Polyptych' is a unique and timely contribution to dynamic and growing fields of study. The book will be of interest to scholars and researchers in the fields of Comic Studies, Adaptation Studies, and Critical Media Studies more broadly, as well as to students undertaking courses on these subjects. It will also appeal to comic book and pop culture fans who wish to expand their knowledge on the subject. 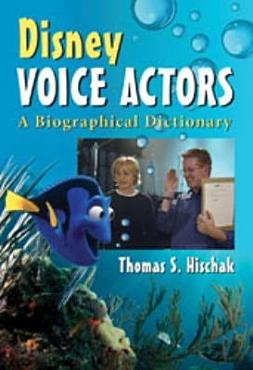 Book Description
This biographical dictionary is devoted to the actors who provided voices for all the Disney animated theatrical shorts and features from the 1928 Mickey Mouse cartoon Steamboat Willie to the 2010 feature film Tangled. More than 900 men, women, and child actors from more than 300 films are covered, with biographical information, individual career summaries, and descriptions of the animated characters they have performed. Among those listed are Adriana Caselotti, of Snow White fame; Clarence Nash, the voice of Donald Duck; Sterling Holloway, best known for his vocal portrayal of Winnie the Pooh; and such show business luminaries as Bing Crosby, Bob Newhart, George Sanders, Dinah Shore, Jennifer Tilly and James Woods. In addition, a complete directory of animated Disney films enables the reader to cross-reference the actors with their characters.