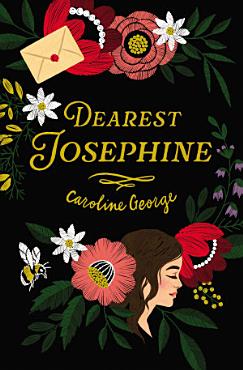 Book Description
Love arrives at the most unexpected time . . . 1821: Elias Roch has ghastly luck with women. He met Josephine De Clare once and penned dozens of letters hoping to find her again. 2021: Josie De Clare has questionable taste in boyfriends. The last one nearly ruined her friendship with her best friend. Now, in the wake of her father's death, Josie finds Elias's letters. Suddenly she's falling in love with a guy who lived two hundred years ago. And star-crossed doesn't even begin to cover it . . . “Dearest Josephine is the type of story that becomes your own. The characters’ heartaches worked their way into my own chest until I hurt with them, hoped with them, and dared to dream with them. This book is teeming with swoon-worthy prose, adorable humor, and an expert delivery of ‘Will they end up together?’ I guarantee you’ll be burning the midnight candle to a stub to get answers. Step aside Pride and Prejudice, there’s a new romance on the English moors.” —Nadine Brandes, author of Romanov “Caroline George infuses an epistolary love story with a romance and charm that crosses centuries. Touching and inventive, it bursts with wit, warmth, and a blending of classic and contemporary that goes together like scones and clotted cream. Dearest Josephine is a delight.” —Emily Bain Murphy, author of The Disappearances “Dearest Josephine is more than an immersive read. It is a book lover’s dream experience. Josie’s residence in a gothic English manor and her deeply romantic connection to Elias, who lived years in the past, is as chillingly atmospheric as Rochester calling across the moors. This story is George’s treatise on the power of books and character to creep across centuries, to pull us close and invite us to live in a fantasy where we find love—literally—in the kinship of ink and binding. But it also acknowledges the dangers of letting ourselves fall too deeply when sometimes an equally powerful connection is waiting next door. This love letter to books, and the readers who exist in and for them, is a wondrously singular escape.” —Rachel McMillan, author of The London Restoration and The Mozart Code Romantic and evocative read in both contemporary and historical time periods Stand-alone novel Book length: 86,000 words Includes discussion questions for book clubs 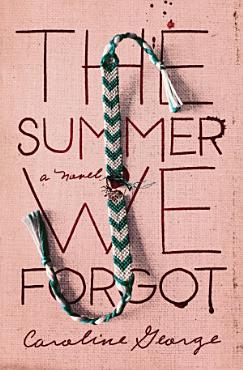 Book Description
Caroline George once again transports readers with lush, evocative prose, leading them to ask the question: what happens when we can’t even trust ourselves? Some memories are better left forgotten. Darby and Morgan haven’t spoken for two years, and their friend group has splintered. But when the body of their former science teacher is found in the marsh where they attended camp that summer, they realize they have more questions than answers . . . and even fewer memories. No one remembers—or no one is talking. The group of reunited friends suspects that a murderer is stalking the coastal highway 30A, and they are desperate to recover their memories as quickly as possible . . . before their history they can’t remember repeats itself. Everyone has a secret. As tensions rise and time runs out, Darby and Morgan begin to wonder if they can believe one another . . . or if they can even trust themselves. Young Adult suspense with romance Stand-alone novel Book length: 95,000 words Includes discussion questions for book clubs 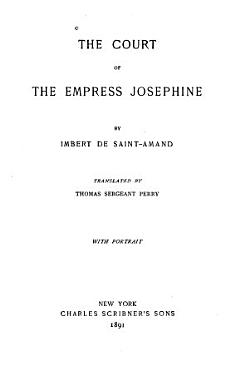 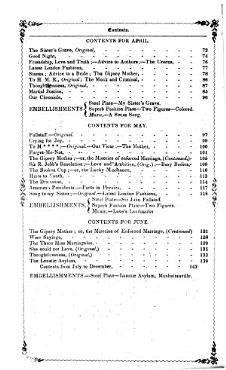 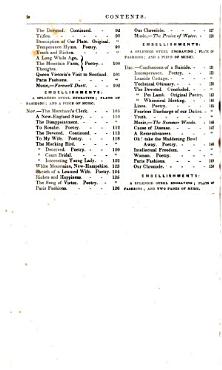 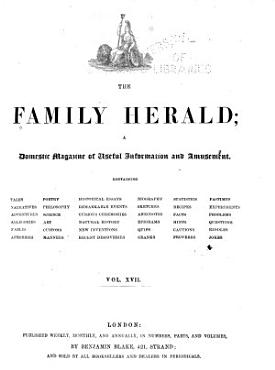 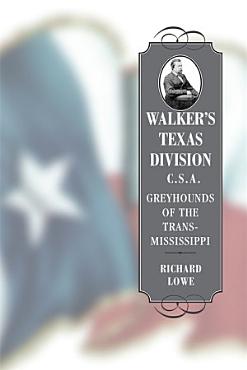 Book Description
Colorfully known as the "Greyhound Division" for its lean and speedy marches across thousands of miles in three states, Major General John G. Walker's infantry division in the Confederate army was the largest body of Texans -- about 12,000 men at its formation -- to serve in the American Civil War. From its creation in 1862 until its disbandment at the war's end, Walker's unit remained, uniquely for either side in the conflict, a stable group of soldiers from a single state. Richard Lowe's compelling saga shows how this collection of farm boys, store clerks, carpenters, and lawyers became the trans-Mississippi's most potent Confederate fighting unit, from the vain attack at Milliken's Bend, Louisiana, in 1863 during Grant's Vicksburg Campaign to stellar performances at the battles of Mansfield, Pleasant Hill, and Jenkins' Ferry that helped repel Nathaniel P. Banks's Red River Campaign of 1864. Lowe's skillful blending of narrative drive and demographic profiling represents an innovative history of the period that is sure to set a new benchmark. 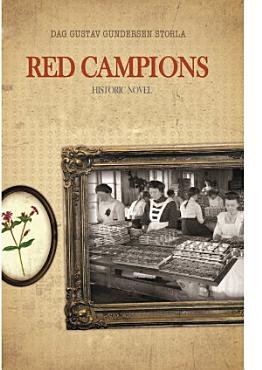 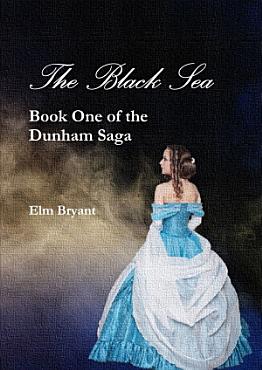 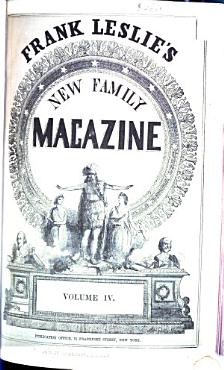 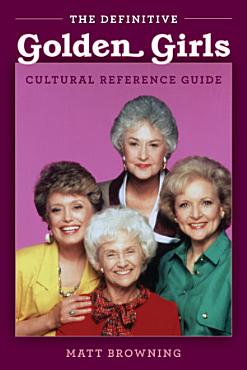 Book Description
The Definitive Golden Girls Cultural Reference Guide is an in-depth look at the hundreds of topical references to people, places, and events that make up many of the funniest lines from the ever-popular television series, The Golden Girls. Over the course of seven seasons and 180 episodes, The Golden Girls was a consistent top 10 hit, yielding 58 Emmy nominations, multiple spin-off shows, and millions of lifelong devoted fans with its biting observations and timeless humor about such issues as dating, sex, marriage, divorce, race, gender equality, gay rights, menopause, AIDS, and more. Reruns are run on multiple cable networks daily and are streaming 24/7 on Hulu. This book brings 21st Century viewers “in on the joke” while educating readers about pop culture and world events from the past. 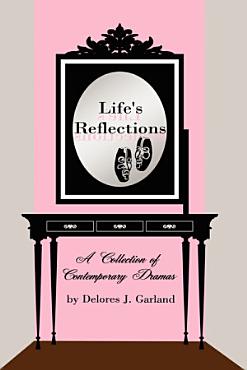 Book Description
Thousands of books have been written about World War II. Most have dealt with the War's historical aspects, strategies, or the heroism and outstanding acts of the men who did the fighting. "1945" is not about heroes. In fact, it is not about "men"; its primary characters are "boys." By 1944, every man in his twenties or thirties had already been conscripted. Subsequently, almost all draftees at this stage of the war were eighteen years of age. To put this in perspective; in today's world they would not be considered sufficiently mature to buy a can of beer or pack of cigarettes. No parent likes to see his son go to war but these were children. In January 1945, everyone knew the war didn't have long to go and just as tension mounts towards the end of a race, anxiety and impatience became people's primary reactions to the news each day. Readers of this book will gain insight of the heretofore little told and appreciated emotions of the men in the Armed Forces and their families at home: hope, fear and prayers that it all would end before something tragic happened to a loved one who had been lucky enough to survive to this point. 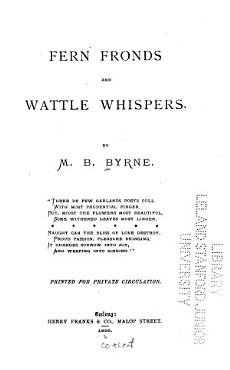 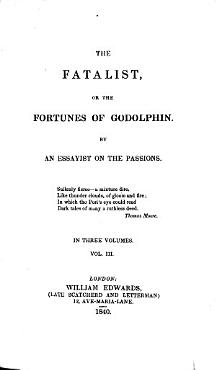 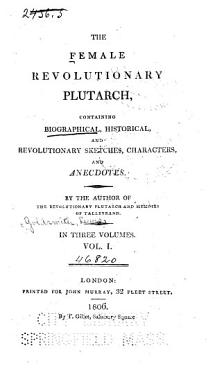 Book Description
Comprised of short biographies of historical Frenchwomen including Josephine Buonaparte, Marie Antoinette, and the Princess of Lamballe. 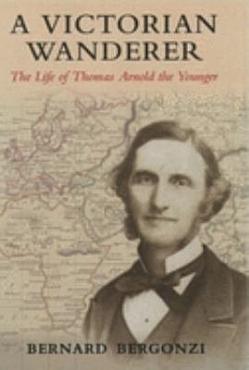 Book Description
A biography of Matthew Arnold's Catholic younger brother Tom, a scholar, teacher, and self-styled 'wanderer'. Arnold's path in life took him, after a brilliant start at Oxford, to colonial New Zealand, to Tasmania, to Dublin, back to Oxford, and once more to Dublin, where he died in 1900. Hisspiritual wanderings led him into the Catholic Church, then out of it for some years, and finally back to it. He was close both to Matthew and to John Henry Newman, and his relations with them show unfamiliar aspects of these eminent Victorians. As a young man, Tom Arnold knew the elderlyWordsworth, and Arthur Hugh Clough was his closest friend. He was acquainted with such celebrated Oxford personalities as Benjamin Jowett, Mark Pattison, and Lewis Carroll; as a Professor of English in Dublin he was a colleague of Gerard Manley Hopkins; and in the last year of his life he read andapproved of an undergraduate essay by James Joyce.The book makes an original contribution to Victorian studies at the same time as telling an absorbing human story. An appendix contains a previously unpublished letter from Matthew Arnold to his brother. 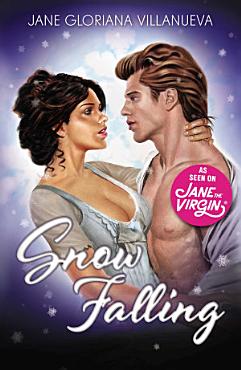 Book Description
The author is the fictional title character on The CW comedy-drama telenovela.