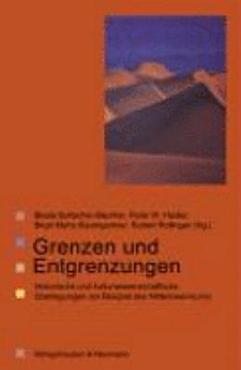 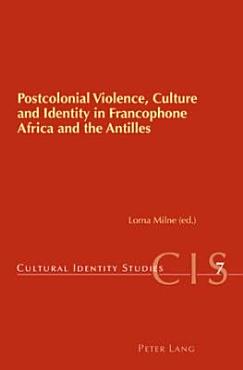 Book Description
This collection of essays derives from a conference on Violence, Culture and Identity held in St. Andrews in June 2003. It examines postcolonial cultures and identities by investigating the way in which violence is represented by Francophone creative artists. 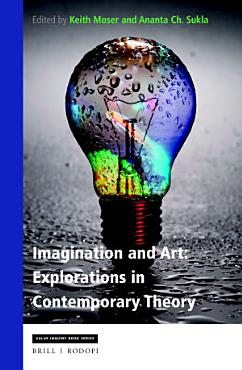 Book Description
This transdisciplinary project represents the most comprehensive study of imagination to date. The eclectic group of international scholars who comprise Imagination and Art propose bold and innovative theoretical frameworks for (re-) conceptualizing imagination in all of its divergent forms. 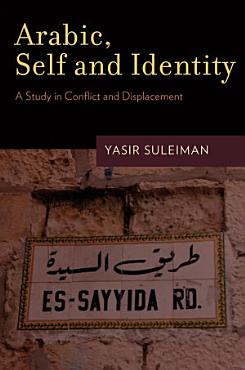 Book Description
Arabic, Self, and Identity uses autoethnography, autobiography, and a detailed study of names to investigate the links between conflict and displacement, and between the Self and group identity. 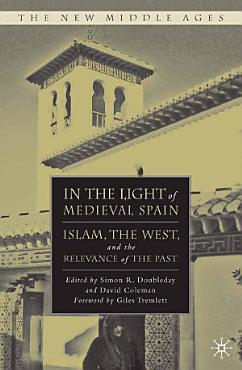 Book Description
This volume brings together a team of leading scholars in Spanish studies to interrogate the contemporary significance of the medieval past, offering a counterbalance to intellectual withdrawal from urgent public debates. 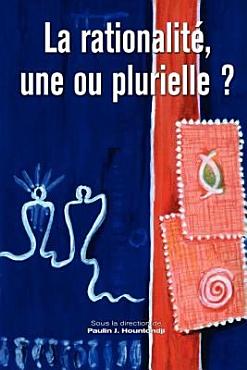 Book Description
Several well-known researchers participated in that debate, amongst whom Richard Rorty (United States), Meinrad Hebga (Cameroon), Harris Memel-Fot? (C?te d'Ivoire), and more than seventy philosophers, historians, anthropologists, literary critics, and psychoanalysts from various countries. Paulin J. Hountondji is a Professor of Philosophy at the National University of Benin Republic, joint-laureate of Mohamed El Fasi 2004 prize. He is the Director of the African Centre of Higher Education in Porto-Novo. The American version of his book ? philosophie africaine ? : critique de l'ethnophilosophie (Paris, Maspero 1976) (African philosophy, Myth and Reality, Bloomington : Indiana University Press, 1983) was awarded the Herskovits Prize in 1984. The book is part of the 100 best African books of the 20th century selected in Accra in the year 2000. 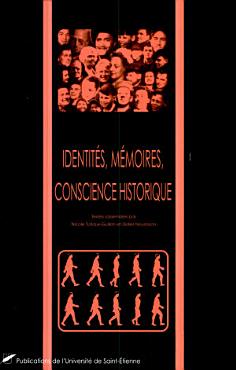 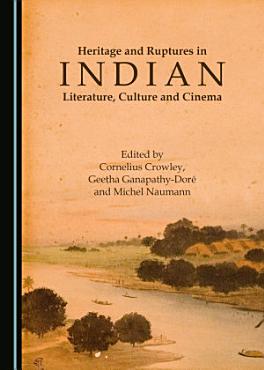 Book Description
This book investigates the millennial history of the Indian subcontinent. Through the various methods adopted, the objects and moments examined, it questions various linguistic, literary and artistic appropriations of the past, to address the conflicting comprehensions of the present and also the figuring/imagining of a possible future. The volume engages with this general cultural condition, in relation both to the subcontinent’s current “synchronic” reality and to certain aspects of the culture’s underlying diachronic determinations. It also reveals how the multiple heritages are negotiated through the subcontinent’s long-term sedimentational history. It scrutinizes both conservative interpretations of heritage and a possibly incremental enrichment, and the additional possibility of a mode of appropriation open to a dialectic of creative destruction, in which the patrimonial imperative is challenged, leaving room for processes of renewal and rejuvenation. The collection is organized around four major topics: Orientalism, addressed by way of the Tamil Epic Manimekalai, through the evocation of the Hastings Circle and views on a possible Hindu-Muslim unity sketched out by Sayyid Ahmed Khan; modernism in Indian and Burmese texts written in English; pictorial art, through a consideration of the work of British Asian and Indian film directors; and, finally, the current state of a body of critical thinking on gender. 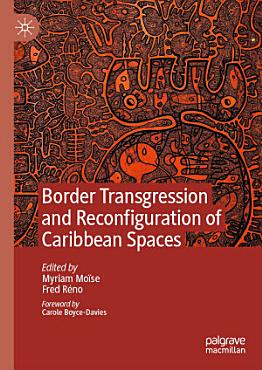 Book Description
A dividing line, the border is usually perceived in terms of separation and rupture. It is a site of tension par excellence, at the origin of contestations, negotiations, and other conflicting patterns of inclusion/exclusion. This book takes us through an exploration of the border in the Caribbean region, both geographically fragmented and strongly tied through its history, culture and people. This collection of scholarly articles interrogates the border within the specificities of the Caribbean context, its socio-political dynamics and its literary and artistic representations. The transgression of borders and the consequent reconfiguring phenomena are thus applied to the Caribbean and its diasporas, through a transdisciplinary approach. The book combines a multiplicity of research fields, including Social Sciences, Cultural Geography, Geopolitics, Cultural and Literary Studies, hence it offers a global perspective on the topic and transcends disciplinary categories. The contents of the book also stretch beyond geographic and linguistic borders as the contributors come from diverse scholarly backgrounds, affiliations, linguistic areas, and research expertise. 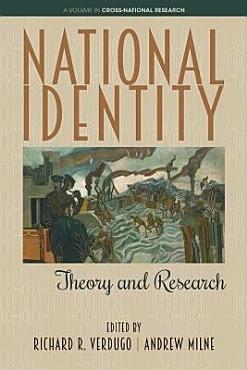 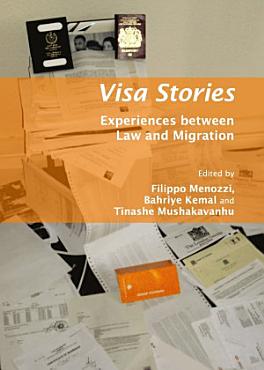 Book Description
Visa Stories: Experiences between Law and Migration is an interdisciplinary volume that addresses recent public controversies on migration in the UK and Europe. In this context, it aims to recover the voice of migrants by proposing a new, non-conventional form of literary writing: the visa narrative genre. This is a versatile and dialogic form which moves beyond strictly academic modes of migration talk and aims to re-introduce a human, experiential dimension in the representation of people on the move. Indeed, the visa narratives collected in this volume provide a unique example of testimonies and memories of migrants from different geographical locations and social positions, from the student to the refugee. In its political and poetic aspects, this collective volume is a useful tool for understanding the complexity of migration today and the way in which national and international regulations are applied in different regions of the world. Whereas our era is commonly portrayed as one of increased globalisation and freedom of movement, visa narratives offer a closer insight into the experience of people trying to cross borders, and reveal a substantially different reality of immobility, distrust and misunderstanding. 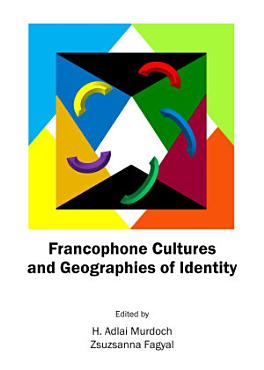 Book Description
This collection of original essays challenges French-centered conceptions of francophonie as the shaping force of the production and study of the French language, literature, culture, film, and art both inside and outside mainland France. The traditional view of francophone cultural productions as offshoots of their hexagonal avatar is replaced by a pluricentric conception that reads interrelated aspects of francophonie as products of specific contexts, conditions, and local ecologies that emerged from post/colonial encounters with France and other colonizing powers. The twenty-one papers grouped into six thematic parts focus on distinctive literary, linguistic, musical, cinematographic, and visual forms of expression in geographical areas long defined as the peripheries of the French-speaking world: the Caribbean, the Indian Ocean, the Maghreb, sub-Saharan Africa, Quebec, and hexagonal cities with a preponderance of immigrant populations. These contested sites of French collective identity offer a rich formulation of distinctly local, francophone identities that do not fit in with concepts of linguistic and ethnic exclusiveness, but are consistent with a pluralistic demographic shift and the true face of Frenchness that is, indeed, plural. 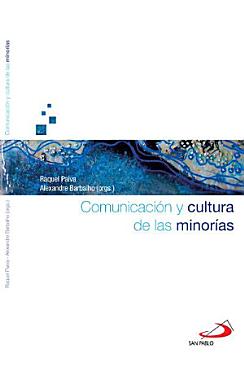 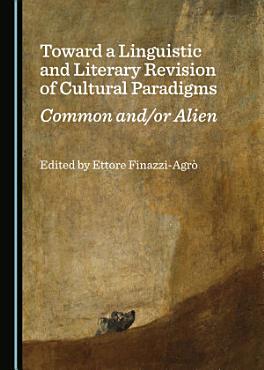 Book Description
This book draws an updated Euro-American conceptual map, starting from a limited number of strategic terms whose meanings today are judged univocal and permanent, while in fact daily use has turned them into “common sense”, depriving them of their ambiguity – an original feature of language, particularly relevant when it comes to literary use. By re-examining the proper noun for each of the selected notions, the contributors’ common intent is to shed light on their polysemous nature and linguistic fluidity, in spite of the common tendency towards simplification and homogeneity imposed by hegemonic cultural paradigms. Along this line, the book explores the great divides between identity and otherness (or common or alien) in order to recover a sense of cultural identity which is at once polymorphous and polyphonic.