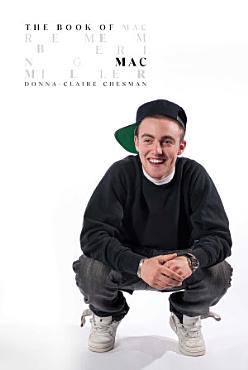 Book Description
An album-by-album celebration of the life and music of Mac Miller through oral histories, intimate reflections, and critical examinations of his enduring work. “One of my most vivid memories of him is the way he would look at you while he was playing you a song. He tried to look you right in the eyes to see how you were feeling about it.” —Will Kalson, friend and first manager Following Mac Miller’s tragic passing in 2018, Donna-Claire Chesman dedicated a year to chronicling his work through the unique lens of her relationship to the music and Mac’s singular relationship to his fans. Like many who’d been following him since he’d started releasing mixtapes at eighteen years old, she felt as if she’d come of age alongside the rapidly evolving artist, with his music being crucial to her personal development. “I want people to remember his humanity as they’re listening to the music, to realize how much bravery and courage it takes to be that honest, be that self-aware, and be that real about things going on internally. He let us witness that entire journey. He never hid that.” —Kehlani, friend and musician. The project evolved to include intimate interviews with many of Mac’s closest friends and collaborators, from his Most Dope Family in Pittsburgh to the producers and musicians who assisted him in making his everlasting music, including Big Jerm, Rex Arrow, Wiz Khalifa, Benjy Grinberg, Just Blaze, Josh Berg, Syd, Thundercat, and more. These voices, along with the author’s commentary, provide a vivid and poignant portrait of this astonishing artist—one who had just released a series of increasingly complex albums, demonstrating what a musical force he was and how heartbreaking it was to lose him. “As I’m reading the lyrics, it’s crazy. It’s him telling us that he hopes we can always respect him. I feel like this is a message from him, spiritually. A lot of the time, his music was like little letters and messages to his friends, family, and people he loved, to remind them of who he really was.” —Quentin Cuff, best friend and tour manager 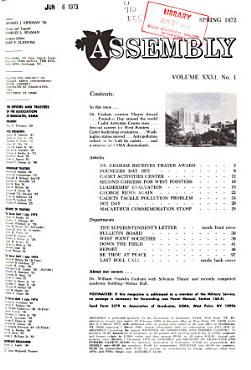 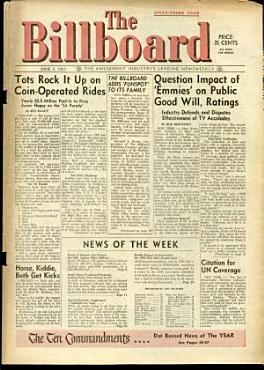 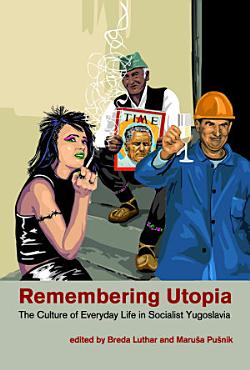 Book Description
This collection of essays helps uncover various aspects of everyday life during the time of socialism in Yugoslavia, such as leisure, popular culture, consumption, sociability and power. This volume attempts to uncover various aspects of everyday life during the time of socialism in Yugoslavia from 1945 until 1980 (Tito's death), based on accounts of memories of leisure, popular culture, consumption, and sociability, or power, in everyday settings. Research about socialism/communism typically tends to draw attention to official aspects of power and dissent and to state politics rather than to negotiations of state power within the sphere of ordinary life. These histories stress the study of social structures and the political and institutional histories of socialism and tend to presuppose a powerful state and a party with its official ideology on one side, and repressed, manipulated or collaborating citizens on the other side. "This is a highly original project, which will cover a much neglected area, helping those who either did not make it to Yugoslavia in Tito's time or were born too late to understand what life then and there was all about." -Sabrina P. Ramet, Professor of Political Science at The Norwegian University of Science and Technology in Trondheim, Norway "This collection represents an original and highly useful work that helps fill a gap in the existing literature on socialist Yugoslavia and East-Central Europe in the Cold War. It also makes an important contribution to cultural history of the region in the second half of the twentieth century." - Dejan Djokic, Lecturer in Serbian and Croatian Studies, The University of Nottingham "This book focuses on a cultural and social history of socialist Yugoslavia from the perspective of 'ordinary' people and by reconstructing their memories. The contributors, many of them belonging to a new generation of scholars from the former Yugoslavia, employ new approaches in order to make sense of the complicated past of this country." - Ulf Brunnbauer, Department of History, Freie Universitat Berlin" 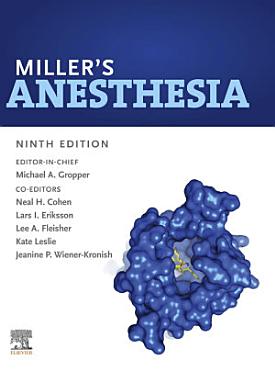 Book Description
Covering everything from historical and international perspectives to basic science and current clinical practice, Miller's Anesthesia, 9th Edition, remains the preeminent reference in the field. Dr. Michael Gropper leads a team of global experts who bring you the most up-to-date information available on the technical, scientific, and clinical issues you face each day – whether you’re preparing for the boards, studying for recertification, or managing a challenging patient care situation in your practice. Includes four new chapters: Clinical Care in Extreme Environments: High Pressure, Immersion, and Hypo- and Hyperthermia; Immediate and Long-Term Complications; Clinical Research; and Interpreting the Medical Literature. Addresses timely topics such as neurotoxicity, palliation, and sleep/wake disorders. Streamlines several topics into single chapters with fresh perspectives from new authors, making the material more readable and actionable. Features the knowledge and expertise of former lead editor Dr. Ronald Miller, as well as new editor Dr. Kate Leslie of the University of Melbourne and Royal Melbourne Hospital. Provides state-of-the-art coverage of anesthetic drugs, guidelines for anesthetic practice and patient safety, new techniques, step-by-step instructions for patient management, the unique needs of pediatric patients, and much more – all highlighted by more than 1,500 full-color illustrations for enhanced visual clarity. 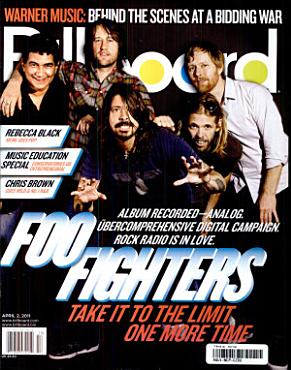 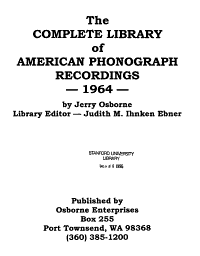 Book Description
The complete library... is the first attempt... to provide the reader with a year-by-year compilation of every known record release, of every possible type, by every conceivable record label. 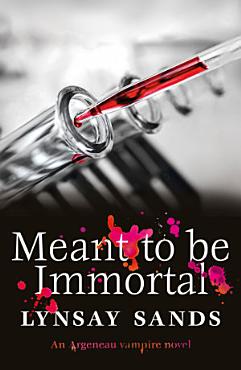 Book Description
Mac Argeneau knows all too well: immortals can be killed. Not with holy water or silver crosses, but by decapitation or being set on fire. So when Mac's house bursts into flames-with him inside-he's sure it was no accident. But who would want to kill a scientist specializing in hematology? There is a silver lining: a blonde investigator appears on the scene and sparks feelings in him that have been dormant for centuries. CJ Cummings is in town on a special investigation, but she's been waylaid by the local police to deal with this arson case. The biggest mystery is how this sexy scientist with silvery blue eyes has emerged from a blazing inferno without a burn mark on him. He's clearly hiding something. Sure, she'd love to see him without his lab coat, but she's got a job to do-despite his insistence that he needs a bodyguard and...he wants her. But when a second attempt on their lives puts CJ in harm's way, it's Mac who will do anything to safeguard the woman who's destined to be his life mate. 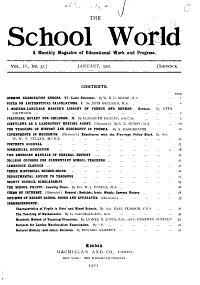 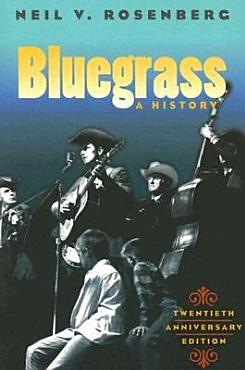 Book Description
The twentieth anniversary paperback edition, updated with a new preface Winner of the International Bluegrass Music Association Distinguished Achievement Award and of the Country Music People Critics' Choice Award for Favorite Country Book of the Year Beginning with the musical cultures of the American South in the 1920s and 1930s, Bluegrass: A History traces the genre through its pivotal developments during the era of Bill Monroe and his Blue Grass Boys in the forties. It describes early bluegrass's role in postwar country music, its trials following the appearance of rock and roll, its embracing by the folk music revival, and the invention of bluegrass festivals in the mid_sixties. Neil V. Rosenberg details the transformation of this genre into a self-sustaining musical industry in the seventies and eighties is detailed and, in a supplementary preface written especially for this new edition, he surveys developments in the bluegrass world during the last twenty years. Featuring an amazingly extensive bibliography, discography, notes, and index, this book is one of the most complete and thoroughly researched books on bluegrass ever written. 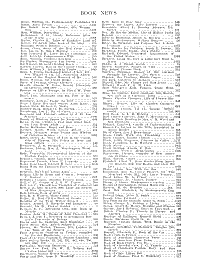 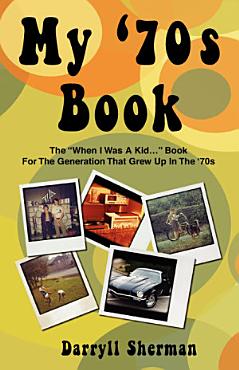 Book Description
Do you sometimes find yourself longing for the good old days ? Do you laugh at yourself for even thinking this because after all you re not even 50 yet? And - upon seeing some of the things the kids of today have, or when you see how easy they have it, do you catch yourself thinking out loud When I was a kid only to cover your mouth in horror as you realize that you sound just like your parents? Do you feel a jolt of you re not sure what when you realize that you re thinking of the 70s? How good things were in the 70s? Join the author as he recounts his own experiences growing up in this avocado green and burnt orange decade. The things we had and the things we didn t have; the things we took for granted and what family life was like in those years. Remember the music, the movies, the cars, the toys, the fashions, and so much more as your sentimental recollections play once again before you like a worn out 8mm movie in your mind. We were kids in the 60s, teens in the 70s, and now we re almost 50. This is a humorous, nostalgic, pensive, and fun-filled look at what it was like to grow up in this generation. Try to keep up with the fun as you revisit your childhood memories, and don t be surprised if you, like the author, find yourself longing once again for the good old days. DARRYLL SHERMAN lives in Pullman, Washington with his wife and their two children. He is a licensed Architect and works at Washington State University. He also has his own business designing private residences in the greater Palouse area. He is a pianist, songwriter and singer and is involved in the music department at his local church. Growing up in beautiful western Washington, Darryll attributes his appreciation of nature to the many family vacations spent in the Cascades and the surrounding areas. His interests also include carpentry, gardening, fishing, hiking, racquetball and art. 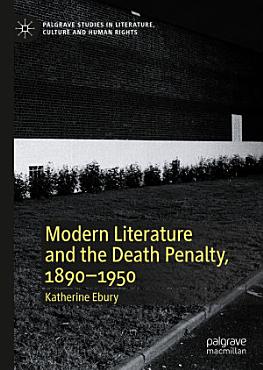 Book Description
This book examines how the cultural and ethical power of literature offered early twentieth-century readers opportunities for thinking through capital punishment in the UK, Ireland and the US in the period between 1890 and 1950. Modern Literature and the Death Penalty, 1890-1950 therefore considers how connections between high and popular culture seem particularly inextricable where the death penalty is at stake. This book will consider a range of forms, including: short stories; pulp fiction; detective fiction; plays; polemic; criminological and psychoanalytic tracts; letters and memoirs by condemned persons and by executioners; and major works of canonical literature by authors including James Joyce, Theodore Dreiser, Elizabeth Bowen, Graham Greene, Flann OBrien. Cases of the death penalty that sparked particular public debate and had substantial literary influence are explored, including the Roger Casement Case (UK (Ireland) 1916), the Edith Thompson case (UK, 1923) and the Leopold and Loeb case (USA, 1924). . 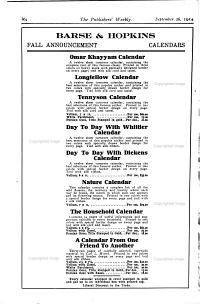 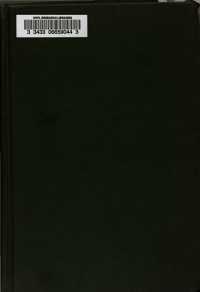 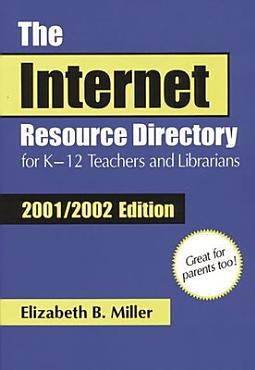 Book Description
Describes educational uses for the Internet, tells how to navigate the Internet, and surveys resources in the areas of art, music, drama, foreign languages, math, science, social studies, and geography. 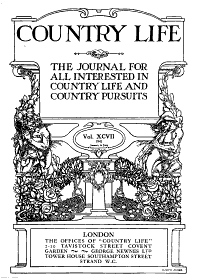