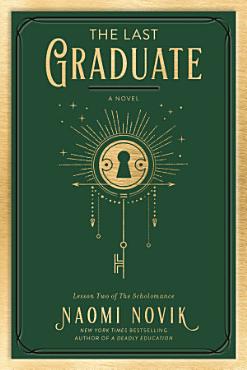 Book Description
NEW YORK TIMES BESTSELLER • The specter of graduation looms large as Naomi Novik’s groundbreaking, New York Times bestselling trilogy continues in the stunning sequel to A Deadly Education. HUGO AWARD FINALIST • LOCUS AWARD FINALIST • ONE OF THE BEST BOOKS OF THE YEAR: Polygon, Thrillist, She Reads • “The climactic graduation-day battle will bring cheers, tears, and gasps as the second of the Scholomance trilogy closes with a breathtaking cliff-hanger.”—Booklist (starred review) In Wisdom, Shelter. That’s the official motto of the Scholomance. I suppose you could even argue that it’s true—only the wisdom is hard to come by, so the shelter’s rather scant. Our beloved school does its best to devour all its students—but now that I’ve reached my senior year and have actually won myself a handful of allies, it’s suddenly developed a very particular craving for me. And even if I somehow make it through the endless waves of maleficaria that it keeps throwing at me in between grueling homework assignments, I haven’t any idea how my allies and I are going to make it through the graduation hall alive. Unless, of course, I finally accept my foretold destiny of dark sorcery and destruction. That would certainly let me sail straight out of here. The course of wisdom, surely. But I’m not giving in—not to the mals, not to fate, and especially not to the Scholomance. I’m going to get myself and my friends out of this hideous place for good—even if it’s the last thing I do. With keen insight and mordant humor, Novik reminds us that sometimes it is not enough to rewrite the rules—sometimes, you need to toss out the entire rulebook. The magic of the Scholomance trilogy will continue in The Golden Enclaves 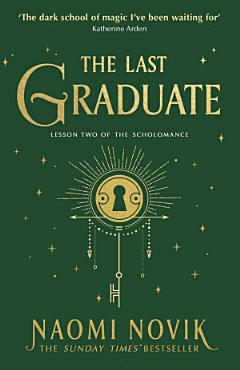 Book Description
Sequel to the Sunday Times bestselling and Lodestar award-nominated A Deadly Education 'The dark school of magic I have been waiting for' Katherine Arden, author of The Bear and the Nightingale 'Fantasy that delights on every level' Stephanie Garber, author of Caraval ____________ Return to the Scholomance - and face an even deadlier graduation - in the stunning sequel to the ground-breaking, Sunday Times bestselling A Deadly Education. The dark school of magic has always done its best to devour its students, but now that El has reached her final year -- and somehow won herself a handful of allies along the way -- it's suddenly developed a very particular craving . . . For her. As the savagery of the school ramps up, El is determined that she will not give in; not to the mals, not to fate, and especially not to the Scholomance. But as the spectre of graduation looms -- the deadly final ritual that leaves few students alive -- if she and her allies are to make it out, El will need to realise that sometimes winning the game means throwing out all the rules. _______________________________ Wry, witty, endlessly inventive, and mordantly funny -- yet with a true depth and fierce justice at its heart -- this enchanting novel reminds us that there are far more important things than mere survival. 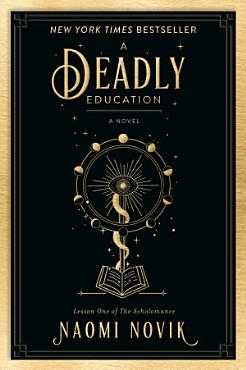 Book Description
NEW YORK TIMES BESTSELLER • From the author of Uprooted and Spinning Silver comes the first book of the Scholomance trilogy, the story of an unwilling dark sorceress who is destined to rewrite the rules of magic. FINALIST FOR THE LODESTAR AWARD • “The dark school of magic I’ve been waiting for.”—Katherine Arden, author of the Winternight Trilogy I decided that Orion Lake needed to die after the second time he saved my life. Everyone loves Orion Lake. Everyone else, that is. Far as I’m concerned, he can keep his flashy combat magic to himself. I’m not joining his pack of adoring fans. I don’t need help surviving the Scholomance, even if they do. Forget the hordes of monsters and cursed artifacts, I’m probably the most dangerous thing in the place. Just give me a chance and I’ll level mountains and kill untold millions, make myself the dark queen of the world. At least, that’s what the world expects. Most of the other students in here would be delighted if Orion killed me like one more evil thing that’s crawled out of the drains. Sometimes I think they want me to turn into the evil witch they assume I am. The school certainly does. But the Scholomance isn’t getting what it wants from me. And neither is Orion Lake. I may not be anyone’s idea of the shining hero, but I’m going to make it out of this place alive, and I’m not going to slaughter thousands to do it, either. Although I’m giving serious consideration to just one. With flawless mastery, Naomi Novik creates a school bursting with magic like you’ve never seen before, and a heroine for the ages—a character so sharply realized and so richly nuanced that she will live on in hearts and minds for generations to come. The magic of the Scholomance trilogy continues in The Last Graduate “The can’t-miss fantasy of fall 2020, a brutal coming-of-power story steeped in the aesthetics of dark academia. . . . A Deadly Education will cement Naomi Novik’s place as one of the greatest and most versatile fantasy writers of our time.”—BookPage (starred review) “A must-read . . . Novik puts a refreshingly dark, adult spin on the magical boarding school. . . . Readers will delight in the push-and-pull of El and Orion’s relationship, the fantastically detailed world, the clever magic system, and the matter-of-fact diversity of the student body.”—Publishers Weekly (starred review)